Have you heard of the Nappy Fairy?  Or, if you’re in parts of the USA, the Diaper Fairy?  Well, she can come in useful if you’re trying to toilet train your little one.

Why the Nappy Fairy? 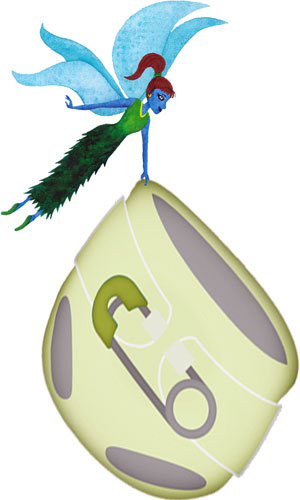 The idea is that when your child is ready to give up his or her nappies, the Nappy Fairy leaves a note saying that he or she is a big girl or boy, who doesn’t really need them any more.  She explains that very soon, she will come and collect them.  This is so that your child can get used to the thought of giving up nappies in a fun and magical way.

The Nappy Fairy also leaves a calendar with letter 1, so that your child can tick off a whole week of nappy-free days.  Then, when she returns with letter 2, she collects all the nappies that your child no longer needs.  She leaves a little gift of encouragement with both letters, such as big girl/boy pants.

If you’re wondering where the nappies go, parents tell us that the nappy fairy carries them away to little babies who need them, so we have incorporated this idea into our resources.

Below, you will find letters 1 and 2 from the Nappy Fairy, and a weekly calendar so that your child can record nappy-free days.  For Americans, we’ve included the same resources from the Diaper Fairy.  We hope they help and wish you every success!

Free Printables from the Nappy Fairy

Free Printables from the Diaper Fairy