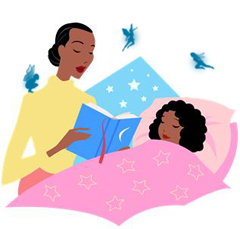 There are dozens of stories told by parents to their children about the Tooth Fairy… and we love them all!

However, here at Rooftop post we go with the one about the Tooth Fairy being the builder of Fairyland, and using the teeth as bricks to make beautiful fairy houses all in white. The reason we like this story so much is:

a) it encourages children to keep their teeth strong; and

b) it’s a good myth for both boys and girls. (Fairies can be regarded by boys as a bit girly, but fairy builders are not!)

The Tooth Fairy lives in a tall, beautiful white house high up in the clouds called “Minty Mist Mansion”. All the magic which goes on there seeps out of its many windows and creates mist which is ever so slightly green like the colour of spearmint, which is how it got its name.

The Tooth Fairy is not the only one to live in a house on top of a cloud – lots of other fairies do to – and she uses most of the teeth she collects to help them build beautiful white castles just like her own. Obviously, it helps her a lot if teeth are kept well brushed so that they are good and strong.

The Tooth Fairy has many magical creatures who help her to do her job, including a large grey moth called Flutterdust who flies her around on his back. Of course, she is perfectly capable of flying by herself too, but she is getting very old these days and her wings get tired on long journeys.

For anyone wondering who helps our Tooth Fairy write and illustrate her letters, it’s a lady called Leone Annabella Betts.  She has been lending the Tooth Fairy a hand since the late 1990s and was one of the first people to make the Tooth Fairy’s letters and notes available online.